Saturday - back to Doha

There were even a few that decided to go even more in the water. 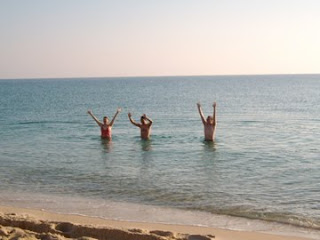 The water was warm, so it wasn’t too crazy for them to run out and in. But I’m not sure I would have liked to be wet and having to drive back to Doha that way. No matter – how many times can you say you were swimming in the Gulf?

Shortly after it was back to the vehicles for our trip back to Doha. We had to make one mid-desert stop when one of the vehicles had a low tire, but we made it back to the checkpoint in one piece. Except…when we got back there one of our team members discovered that he had left his iPod back in the tent. Not good. So off his vehicle went to go back to the camp and retrieve the iPod. So, what did we do? Some more camel riding! How fortuitous for us. 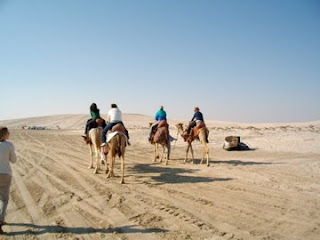 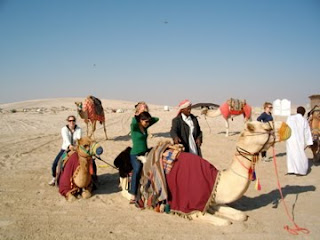 Once the vehicle returned, we were very late and booked it back to the hotel where our homestay hosts were waiting to pick us up and take us home. Most were very happy to meet their host so they could go back, take a shower, and maybe catch a quick nap. My host, Steve, is a math tutor at Carnegie Mellon and he lives in a complex of condos near Education City. I’m also fortunate to have several other USD-mates staying in the same complex, so it will make taxi-pooling back here in the evening pretty easy. I have my own room, and Steve was very kind to let me do some laundry when I got back. We also went and grabbed some pizza for lunch.

After a quick nap (that was only supposed to be 20 minutes but ended up being almost an hour and a half) it was quickly get ready and head out the door to Education City and our stop at the Sheik Museum. The story on this museum is that it is the personal collection of one of the members of the Royal Family, who makes it available to the public to view. We were very fortunate to get access to see it, and there were many different artifacts and objects that he has collected. Including a number of cars! 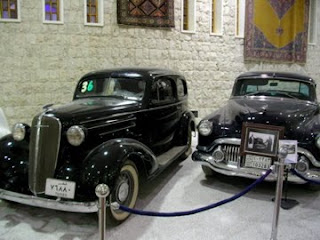 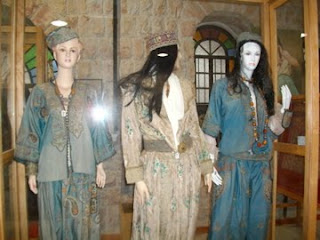 He even has boats. 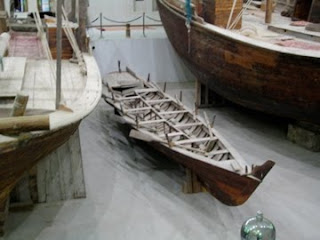 Our group waiting to depart. 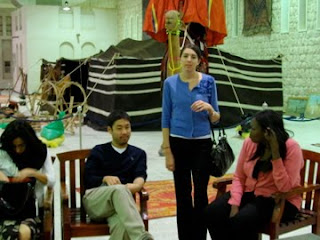 Our next stop after the museum was the Villagio Mall again for a quick bite to eat before the Qatar Philharmonic Concert. This was one part of the trip that I was looking forward to. Our program for the evening consisted of Prokofiev’s Symphony No. 1 in D Major, Grieg’s Concerto in A Minor for Piano and Orchestra, op. 16, and Mussorgsky’s Pictures at an Exhibition arr. by Ravel for the 2nd half. If I was going to offer a semi-critique of the concert, I would have to say that overall it was very well performed. I enjoyed the octavos during the Prokofiev piece, and also the pizzicatos during the middle sections. The Concertmaster played well but without emotion, and his intonation could have been just a tad bit better, especially during his solo sections. The pianist playing the Grieg was very accomplished and had a virtuoso performance. And Pictures was well done, but could have used a bit more time to get some of the timings nailed down. The brass, though, shined throughout and the summative ending brought the audience to their feet. (and other than Jacqueline’s camera flash going off during the middle of the first piece, it went without too much interruption). 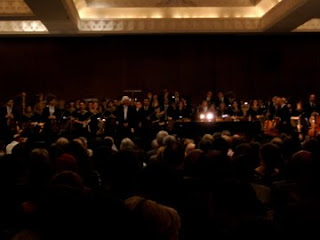 And after a quick cab ride back, it’s now time to catch up on some sleep. We have more campus immersion tomorrow!
Posted by Rich Bakken at 1:02 PM