Place of the Day: Khiva

I think I'm very overdue for a Place of the Day post!  Today's highlighted location: Khiva 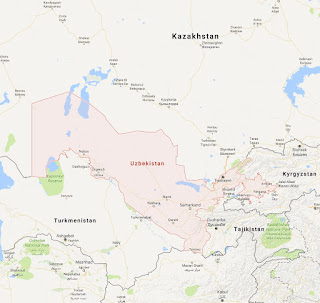 Located in Uzbekistan, Khiva was once a main player on the Silk Road and a major hub for a variety of traded goods throughout the region.  To this day, the city remains an excellent example of preserved culture and contains many vestiges from ancient times (including some amazing city walls). 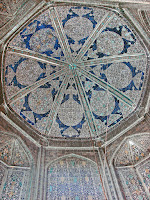 As one of the "-stan's", Uzbekistan is one of the easier countries to access.  It does require a visa to enter though that is easy to obtain.  You also must register onsite every three days of stay and no letter of invitation is necessary for US Citizens. April-June is the best time onsite if you can get there.

If you're like most international travelers, you do your best to avoid adding any unnecessary fees or charges when buying your airfare.  London airports come to mind as the most egregious of these extra fees as the UK Air Passenger Duty can add a sizable amount to any ticket purchased.

Now another airport/country is looking to add a similar fee.

Doha's new Hamad Airport reportedly will be adding a new departure tax to purchased tickets after 8/30 and travel 12/1.  Doha News notes that the fee will be QR35 (about $10 USD).

While it isn't a large amount, it still is worth watching to see whether it increases in the future. Dubai also recently implemented a similar type of fee when going through UAE airports.

Are you getting the new Chase Sapphire Reserve card?

It's been the talk of the blogosphere for the last week or so, and there is good reason - the new Chase Sapphire Reserve card is looking to be one of the best all around cards available.  Reasons?  Just the sign up bonus alone for spend along with lounge access and 3x points. 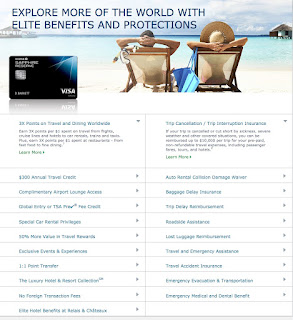 TPG did a comparison of the cards here.  You'll see that there are additions that make the larger annual fee worth it.  The travel credit offset is really compelling compared to the normal annual fee of the Preferred card.

I decided to take the plunge on the card app at my local branch, hoping that the 5/24 rule wouldn't deny my application.  It only took about 30 seconds and I was approved!  Looking forward to the bonuses and all around use.  I suspect I will try and downgrade my Preferred card or retire it all together.

Posted by Rich Bakken at 5:32 AM No comments:

It's over the halfway point for the year, though I thought it might be helpful to do a quick check-in on my travel and re-qualifications so far.  It's been a different year with less cross-country travel so earning EQM's has been more difficult.  Not sure if that's going to get any better in the near term.

I've been enjoying Exec Plat this year and have really made use of the Same Day Standby and Flight Change options when applicable.  Normally that would cost about $75 an instance so I'm getting great value along with frequent upgrades.  Unfortunately, my overall accrual is way down - reaching Platinum won't be an issue, but my days of Exec Plat are probably ending.  With the addition of fare dollar-requirements for next year ($10k for Exec Plat!) I may never get the status again.

There have been a few reasons to fly United this year and I have to say it's been nice to be back those times.  For a few years United was my top choice.  I was able to snag a promotion to Silver status for the rest of the year though my chances of requal are slim.  Dining and credit card use are still my prime ways to get miles (and flying Star Alliance to Europe still is the easiest!)

Diamond status has been a great perk for this year and the bonuses alone make stays that much better.  Free breakfast doesn't hurt either.  I'm about half way on requalifying though I'm fairly certain I won't make it unless more options come available.  If I had a choice I'd requal on American or United before Hyatt in the next year for sake of value.

Overall I'm satisfied with my travel so far for this year - it would be nice to get one more year of top status on American though not a necessity.  Credit cards are becoming a much more viable way to offset access to elite benefits and normal daily credit card spend to acquire points and miles are really the way to go.

Posted by Rich Bakken at 5:25 AM No comments:

I used to fly Alaska Airlines quite a bit out of San Diego, since miles can be counted toward requalifying on American (though that will be changing significantly with the upcoming AAdvantage accrual devaluations).  I've seen Alaska planes at Newark though haven't done much research on their routes since most are just to main bases like Seattle.

Some encouraging news, though, was just shared that Alaska will be adding capacity at Newark - including a direct flight to San Diego!  From Routesonline:

This is another excellent option to get back to the West Coast if fares are outrageous on the other main airlines.  And it also makes using the companion certificate easier to get those EQM's on AA!

Just a short reminder that the dreaded day has come for primary AA flyers: revenue-based earning on American begins today regardless of your ticket purchase date.

You can read more info on it here (great summary by Gary).

Sadly, this means much fewer miles being earned for flights.

Posted by Rich Bakken at 1:31 PM No comments: