The next adventure is...

Tis true, friends, I have been very tardy in posting.  The last few weeks have been busy, and I'm soon to be jetting out again tomorrow morning early for Madison and the 2014 Unleash Conference, hosted by Mediasite.  We've been increasing our deployment of the appliances and so the conference will be a nice check in to see where we're at with our plan.

Will be nice to be on the road and also to see family for a brief time on the weekend.

Stay tuned for more...I'll be visiting the Madison Hyatt one more time and I'll update a review!

Posted by Rich Bakken at 8:12 AM No comments:

Had a very pleasant experience with Uber this week (my first!), and want to make sure my code is available for any and all to use - $20 for you!

Posted by Rich Bakken at 1:55 PM No comments:

That's right - deals are afoot from NY to Scandinavia in fall through early spring.  Check it out! 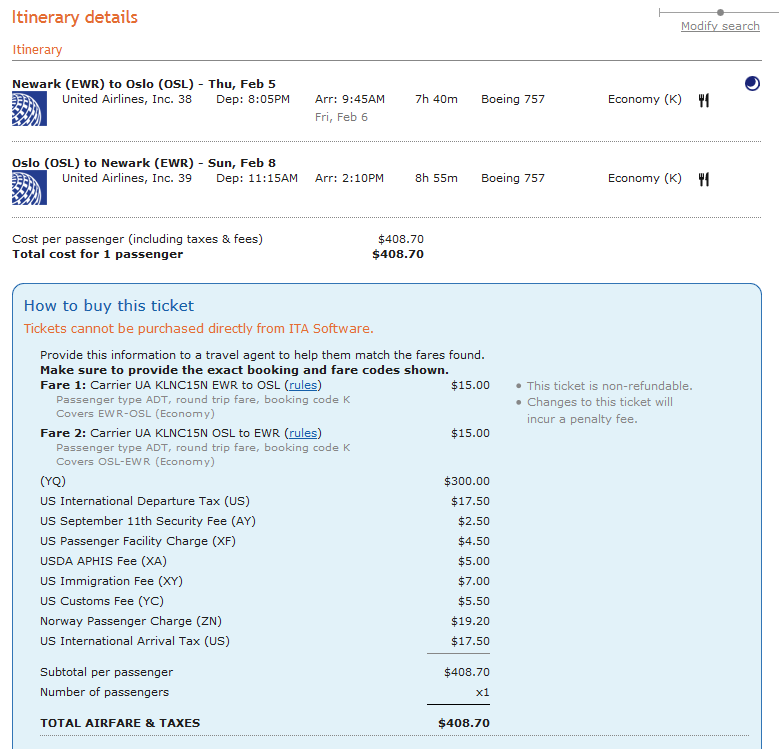 I'm a new user to Uber, and wanted to share my link code if you're looking to sign up for the first time and would like some credit!

$20 credit is yours for your first ride.

Sometimes it makes more sense to catch a ride then drive, and Uber is the best option to choose!

Posted by Rich Bakken at 3:30 PM No comments:

Received an email this morning from American Airlines, outlining several changes to their awards program.

As we integrate our two airlines, our goal is simple: restore American Airlines to its status as the greatest airline in the world. That's why we're taking delivery of two new aircraft every week, have given you access to the world's best network through a codeshare agreement, and now offer the ability to earn and redeem miles on both carriers.

As we continue to align our business, we have a few updates to share with you about our new award travel levels and checked bag policies:
Redeem for less. Effective today for travel starting June 1, 2014, a one‑way AAnytime award now starts as low as 20,000 miles plus applicable taxes and carrier–imposed fees. Plus we've lowered the minimum number of miles needed for AAnytime awards to popular destinations like Hawaii, the Caribbean and Europe. Our lowest AAnytime mileage levels are available for more than 50% of the year. Don't forget we still offer MileSAAver awards that can be redeemed for as low as 12,500 miles each way, plus applicable taxes and carrier-imposed fees.
No blackout dates! Continue to use your miles for any seat on any American Airlines flight using an AAnytime Award. Award levels vary by date and a few select dates throughout the year are now offered at higher mileage levels.

What I found the most interesting was the "change" to the award chart.  You can find it here.  Basically, the first round devaluation has occurred.  You can compare old and new award charts if you want, but the summary is that AAnytime awards, especially for first class awards, have seen significant increases.  Here are a few examples:

No doubt the blogging world will be abuzz today with the changes, since AA miles tend to be the hardest miles to accrue among the carriers.  But I don't think anyone should be surprised about changes.  Since the merger occurred, I think it was just a matter of time.

Posted by Rich Bakken at 8:15 AM No comments:

I won't mince words - the Park Hyatt in Zurich is at the top of my list of favorite hotels to stay at.  Every time I visit, I always feel that I'm treated in a way that is much different than at any other hotel I've ever stayed at.

That being said, I'm not opposed to visiting other properties in cities where I'm traveling to see how they compare to Zurich.  And now there is a new Park Hyatt option for me to try - Vienna!

This new Hyatt property is a Category Six, so if you want to use points it will cost you 25,000 per night.  Definitely toward the high end of the scale (although Zurich recently became a Category 7...30,000 points a night, yikes!).  Cash and Points options might be a better way to go - only 12,500 points and $150, so much more reasonable.

Can't wait for a return trip to Vienna to try it out!  The property opens June 2nd.

Posted by Rich Bakken at 9:49 AM No comments:

Zagat recently released and updated list of the top places to eat in San Diego.  I've only visited one on the list - have a few to go!