When visiting the Park Hyatt Maldives, it helps if you arrive with Hyatt Diamond Status.  In particular this affords you the opportunity to take advantage of free made-to-order breakfast each morning saving almost $40 per person.  The breakfast area is open to the outside and we found it very pleasant. In fact, it was one time during the day where we saw other guests - for the most part everyone tends to disappear while onsite: 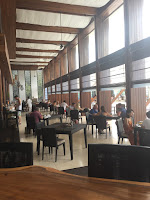 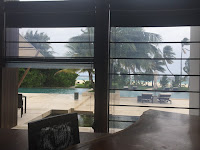 If you time this properly, you can have a hearty breakfast/brunch mid-morning thereby avoiding a separate cost for lunch.  This worked well for us and we also brought snacks along to get us through the day if needed.

In the evening, we decided on several food options for dinner including the Beach BBQ in The Island Grill and The Bar.  Menus for all contained local favorites and we appreciated the variety during the BBQ.  We especially liked the Short Eats selections at The Bar and visited several times.  It is possible to arrange these before you arrive as some only take place on certain days: 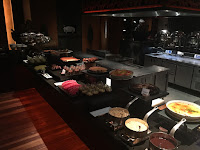 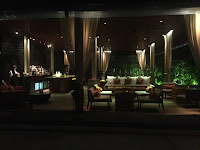 In addition to our choices you can also reserve special beach-side dining options or even request to eat in-room. Some of these contain additional costs though we found the main offerings by the Dhoni to be excellent.

I really enjoyed the travel opportunities that presented last year - between New Zealand, the Maldives, and even trips back home I was fortunate in the amount of flying I could fit in to my schedule.  Looking ahead to this coming year, I will have the chance to fly but I may be more judicious in scheduling:

Being so close to Newark meant that fare sales were plentiful on my shorter jaunts and I ended up qualifying for Silver status in 2017.  It's actually nice to be back flying United - when living in San Diego it was my primary choice for travel due to much lower fares compared to other airlines.  With some business travel coming up this year, I may have a shot at Gold status (and access to Star Alliance lounges).

What a year to have Executive Platinum status - I was grateful for the many upgrade opportunities and the ability to rebook and change mileage flights was valuable.  Unfortunately I fell short of re-qualifying mainly due to increased flying on United due to close proximity to Newark.  I'll have Platinum status for 2017 and can use mileage upgrades as needed though I suspect I won't be flying much on AA due to the adoption of Elite Qualifying Dollars mimicking United and Delta.  And even worse...my AA Citibank card won't count for EQD accrual (only the Barclaycard options do).

Various stays throughout the year meant I was able to once again qualify for Diamond status in 2017.  Changes upcoming for Hyatt Gold Passport means that I will most likely only have top status one more year, so hopefully I can make good use of the upgrades and deals that present.  I'm sure I'll keep whatever status comes via the Hyatt credit card once the year turns.  And I wonder which new properties I'll be able to visit!

Posted by Rich Bakken at 2:10 PM No comments:

As part of our plan for the trip, I used 100,000 Hyatt points for the four nights at the Park Hyatt Maldives.  It's a great value considering how much the per room cost tends to be.  In addition I was able to snag a one night upgrade to an over-water villa for our last evening.  It's definitely worth it.  The ability to go out and snorkel right from your room or just stay and enjoy the lounge deck is great.  I should also mention that the house reef at the Hyatt is one of the largest and most colorful in the Maldives.

For the first few nights we stayed in a regular Villa (no upgrades possible due to occupancy).  We were very impressed: 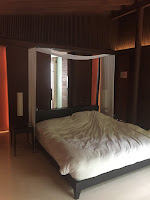 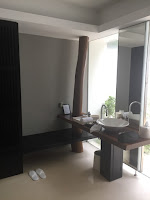 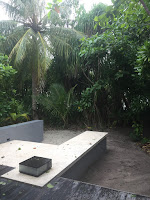 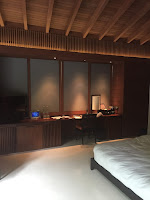 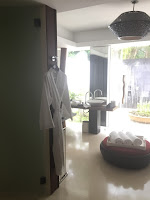 We had no real issues with air conditioning or the room - each side had sliding doors that allowed us to control the sun and light during the warmest part of the day.  The outside shower was also a nice feature.

The overwater villa was quite a highlight though: 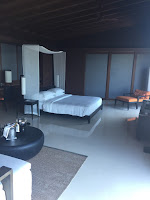 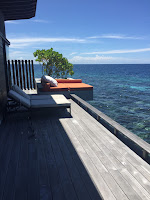 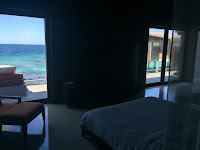 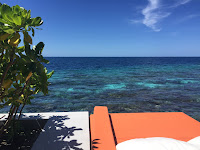 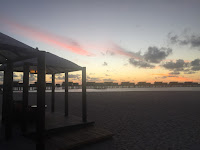 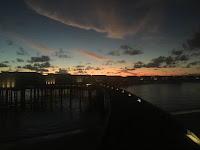 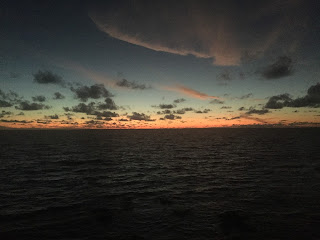 Sunset from our deck was spectacular!

Posted by Rich Bakken at 8:25 AM No comments:

The UK is rolling out a new one pound coin in the new year, which means that if you have any on-hand for trips this year make sure you spend them by October 15th.   After that date old coins will no longer be accepted.

Read more about the change here.

Posted by Rich Bakken at 1:11 PM No comments: