Place of the Day: Cappadocia

Very soon I'll be making my first trip to Turkey (Istanbul in particular!), but on a future trip I hope to have more time to do some exploring outside of the main cities.  One place that will figure at the top of my list will be the ruins and rocky heights of Cappadocia, located in central Turkey: 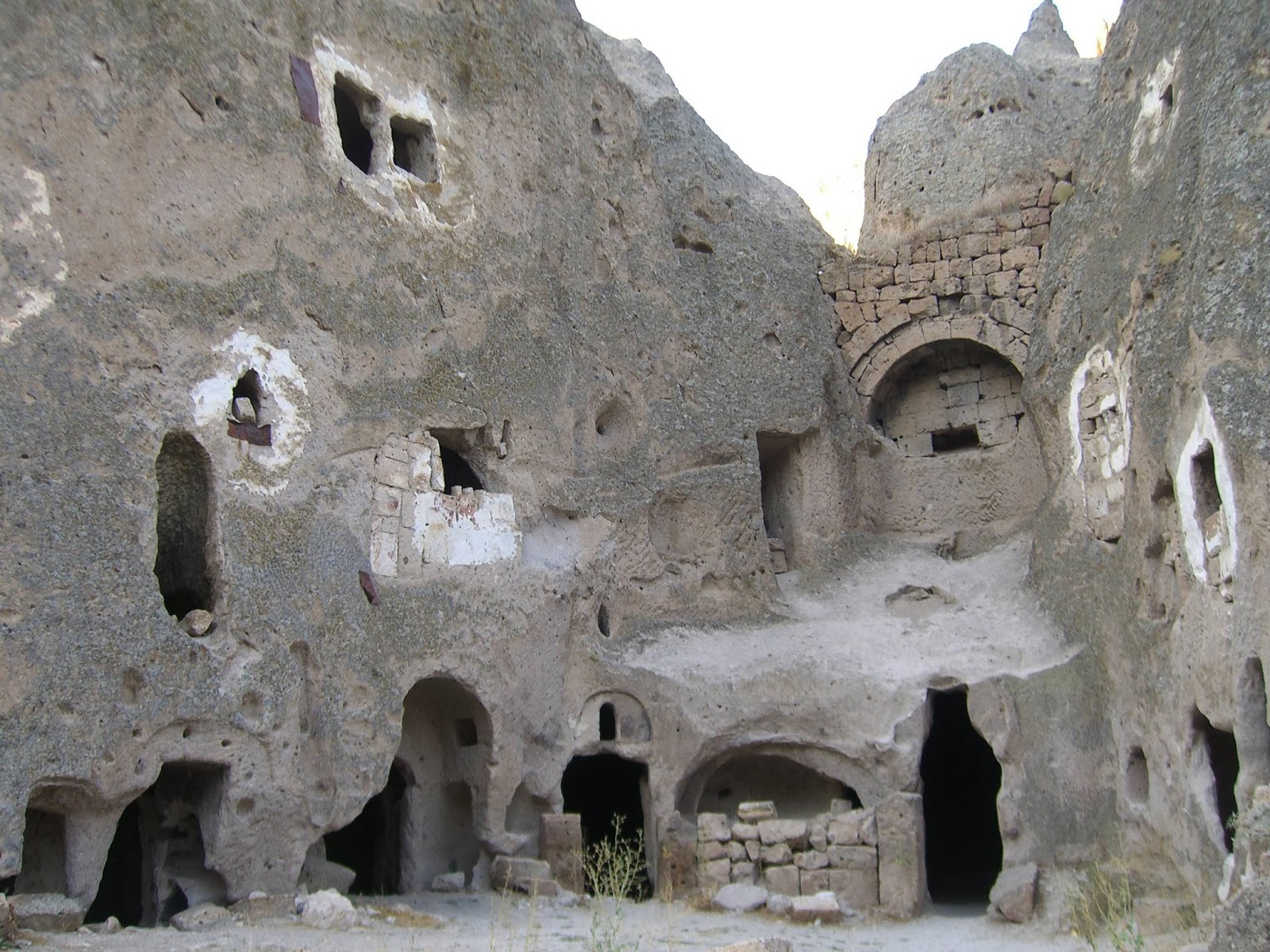 Part of what makes Cappadocia unique is the rocky pinnacles or minarets that have formed out of the surrounding hillside.  These were most likely carved by volcanic stone and make for an impressive view while on the ground or even above.  One particular site describes these features in this way: Cappadocia was one of the most important places in the spreading periods of the Christian religion. The first christians trying to escape from the Roman soldiers who wanted to avoid the spreading of the Christian religion have settled in the region of Cappadocia which was so suitable for hiding and so they were able to continue their natures and to spread their religions.

I'm fascinated by things like underground cities and civilizations that had to build these places from the ground up.  Makes me appreciate even more the things we have now!

Some travel sites recommend getting to Cappadocia via plane: there are several daily nonstop flights from both Istanbul and Sabiha Gökçen Airport (SAW) to Kayseri's Erkilet Airport (ASR) and Nevşehir's Kapadokya Airport (NEV) on Turkish Airlines, Pegasus Airlines, and AtlasJet.  You might find better deals by buying your airfare in-country, but search around to find the best fares.  United miles are definitely an option if you're booking through Turkish!