Definitely slept well after our long Saturday - the Dragon Hill Lodge is an excellent property on-base and close to Gate 1 for easy access to Seoul.  Jimmy mentioned that the Yongsan Army Base will be closing in the near future, so I'm curious what will happen to the property.  Time will tell. 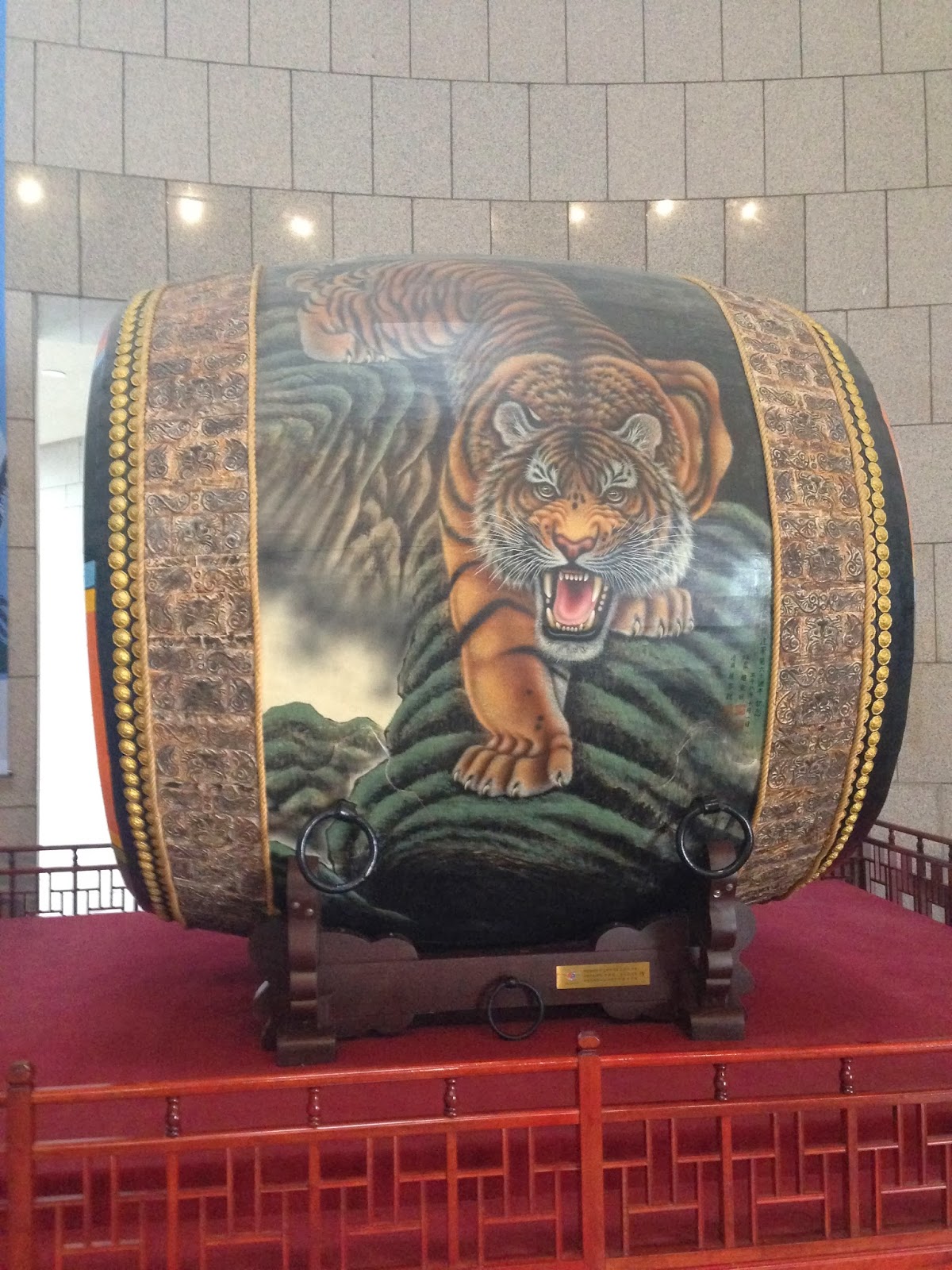 There is so much history in South Korea concerning past conflicts, and as a result I was especially interested in seeing the War Museum and the information contained therein.  It made me realize that I need to go back and read up on the conflict and the role that the UN played.  I never knew so many countries took part!  The entire complex is quite large, with artifacts from the war outside and many different historical artifacts inside (including letters between Stalin and the Chinese government).  I'm of the belief that the entire border situation will eventually need to be dealt with, but until then, tensions will run high. 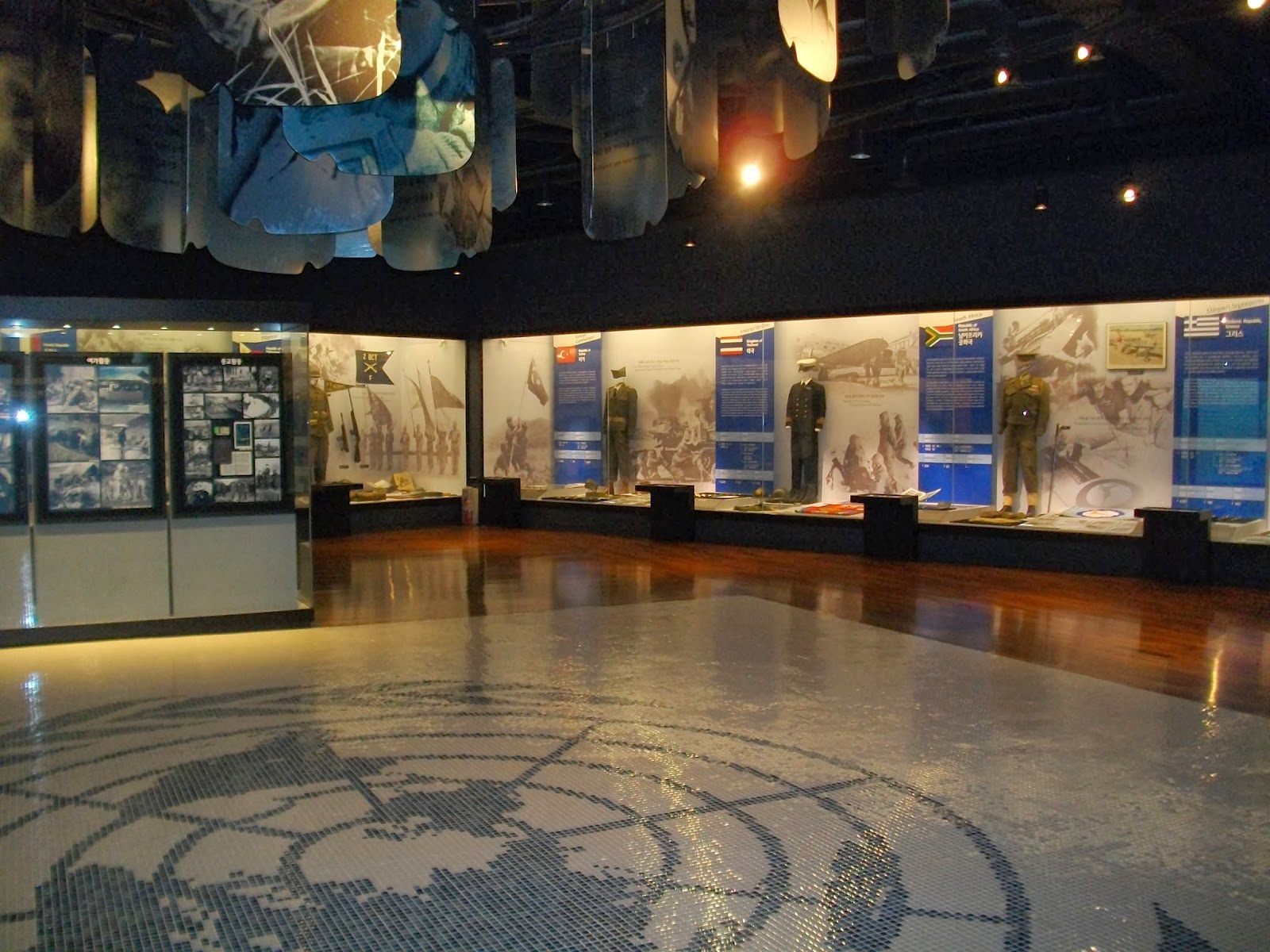 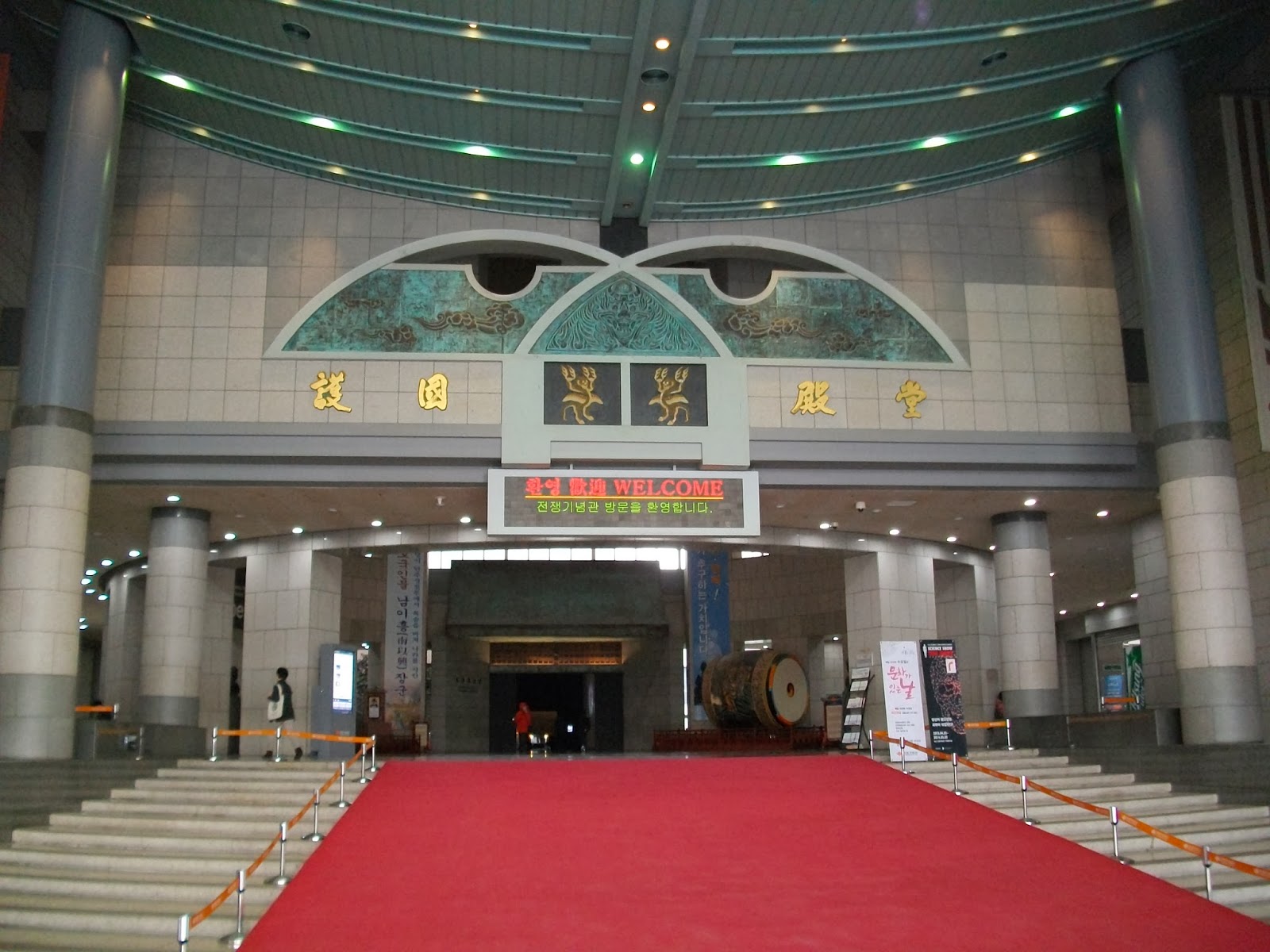 Once we left the Museum, we made our way toward another part of town, the section containing the Gyeongbokgung Palace and its surrounding support buildings.  The buildings themselves seem to be very similar but have vastly different functions - the guidebook we purchased was needed to determine each.  We even managed to get a quick break with a local music group that was setting up outside - had a few laughs! 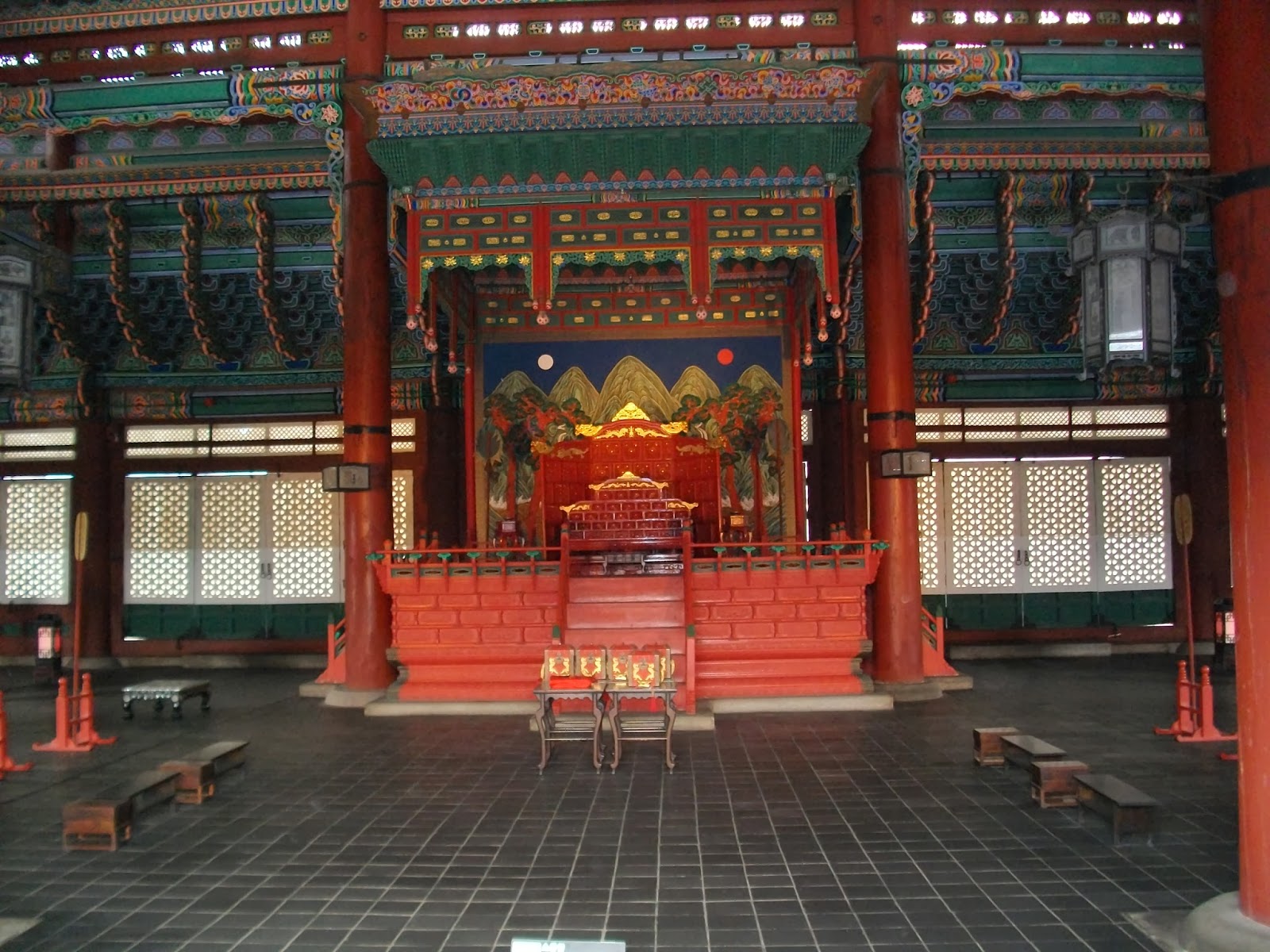 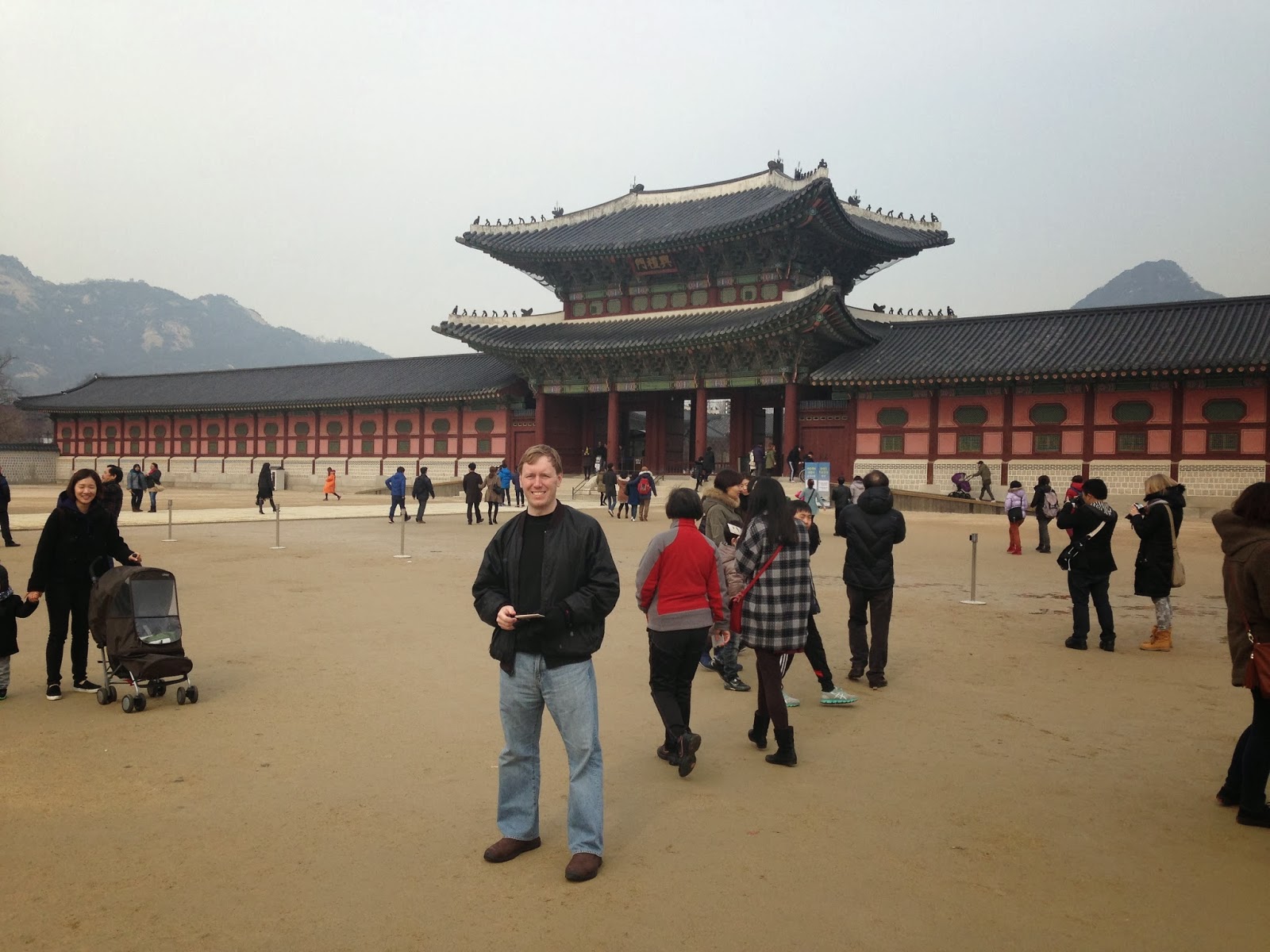 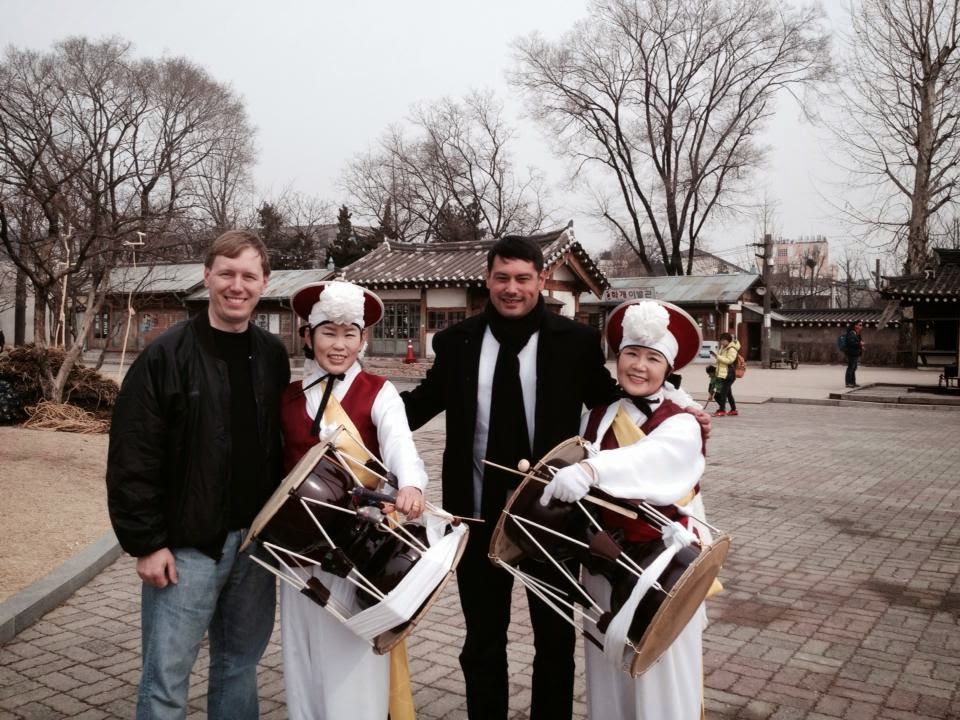 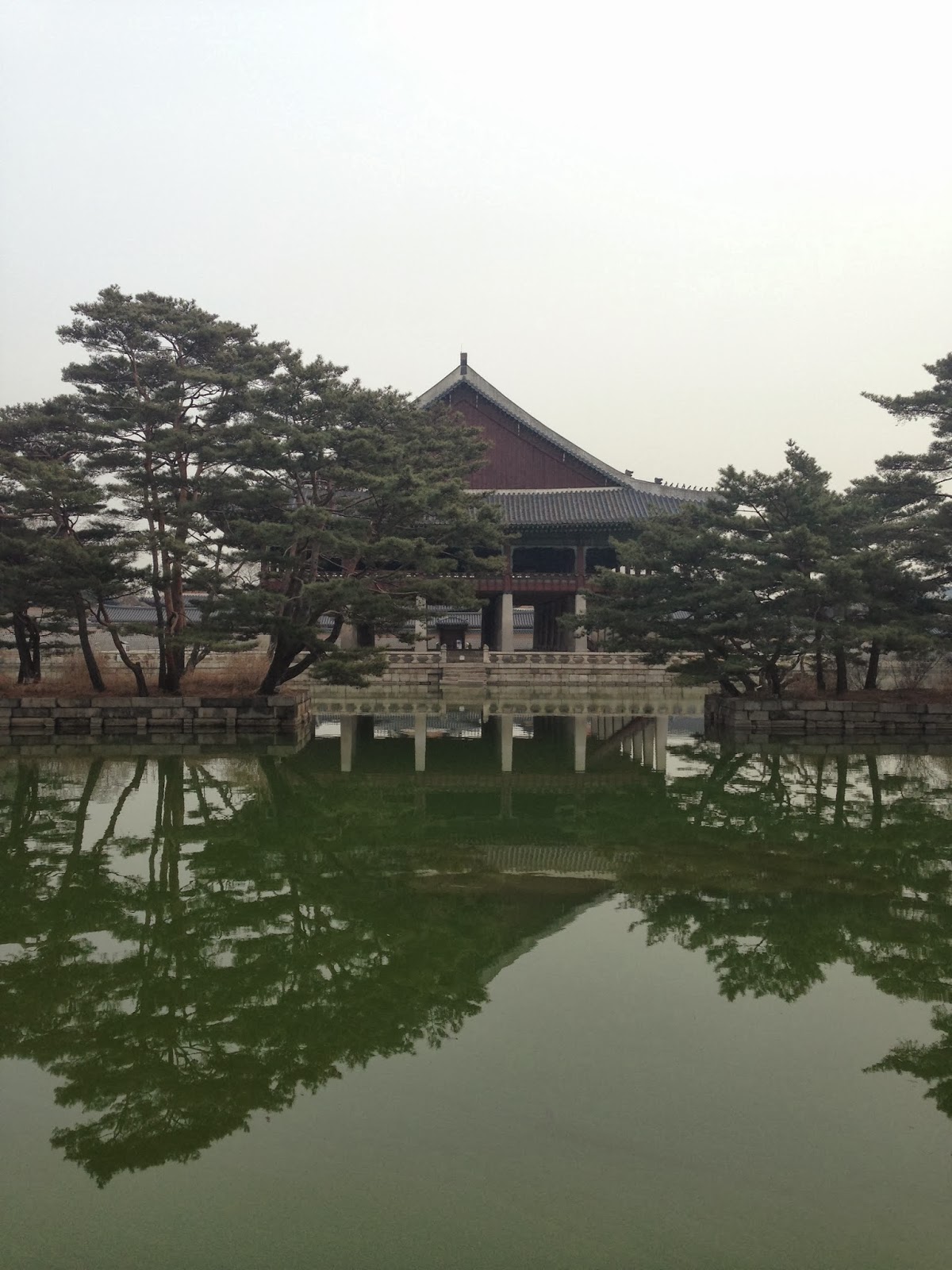 After we finished at the main palace buildings, we also went into the adjoining Folk Museum (as it was part of our admission).  I loved seeing the house and culture info - no pictures though (I got yelled at so I didn't try).

The Blue House is the home of the Executive in South Korea, and we quickly discovered that it's not easy to get over to see it.  In fact, the cab driver just had to drive on through while we saw it off in the distance.  Understandable. We also drove by the Gwanghwamun Gate - plenty of people taking pictures in front of it.  Overall the entire property and layout was very impressive.

The Seoul Tower was our next major place to stop, although we did swing by another outdoor shopping area that had a very interesting circular layout.  On the way we also walked through the Electronics Mall. 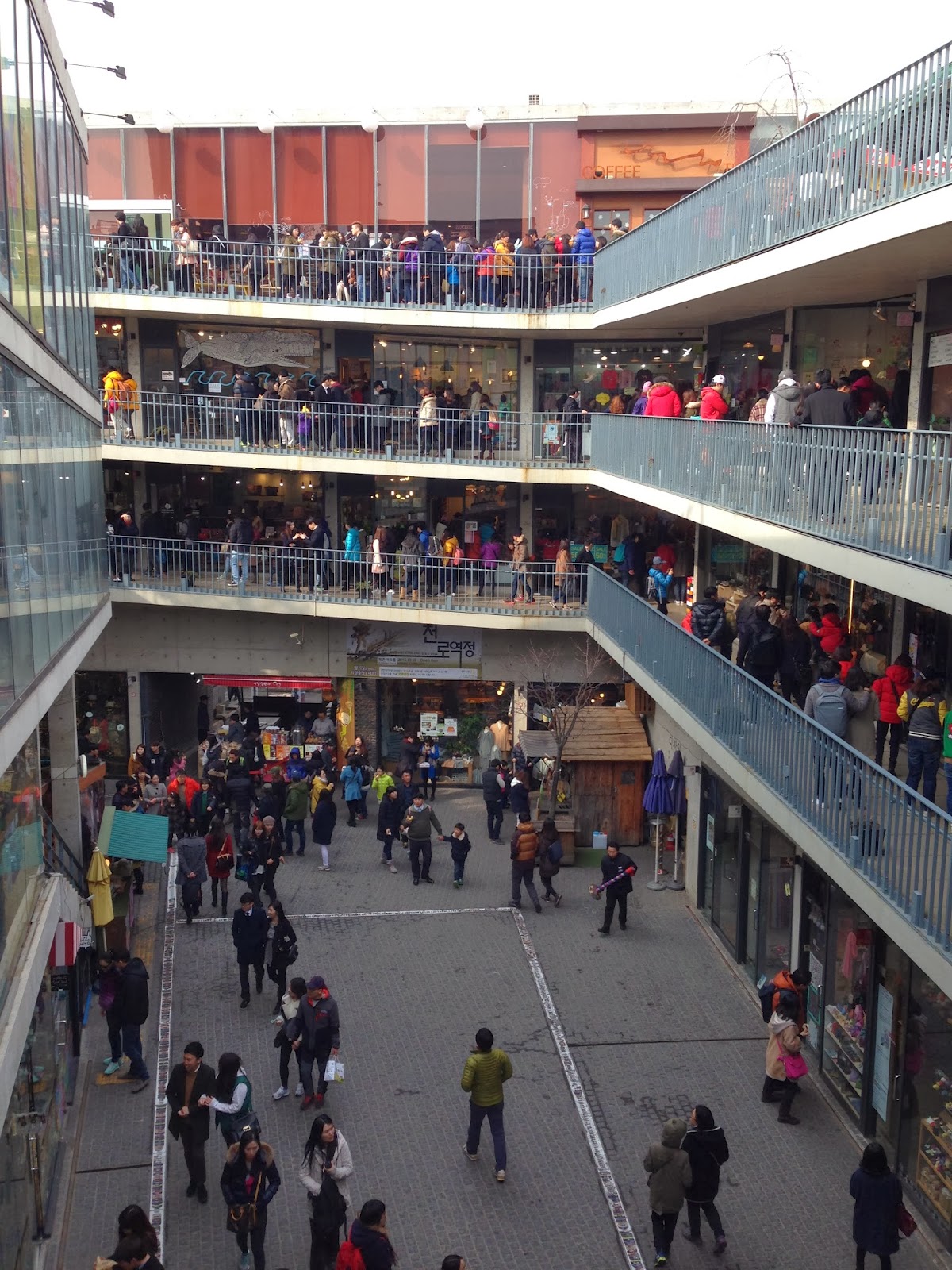 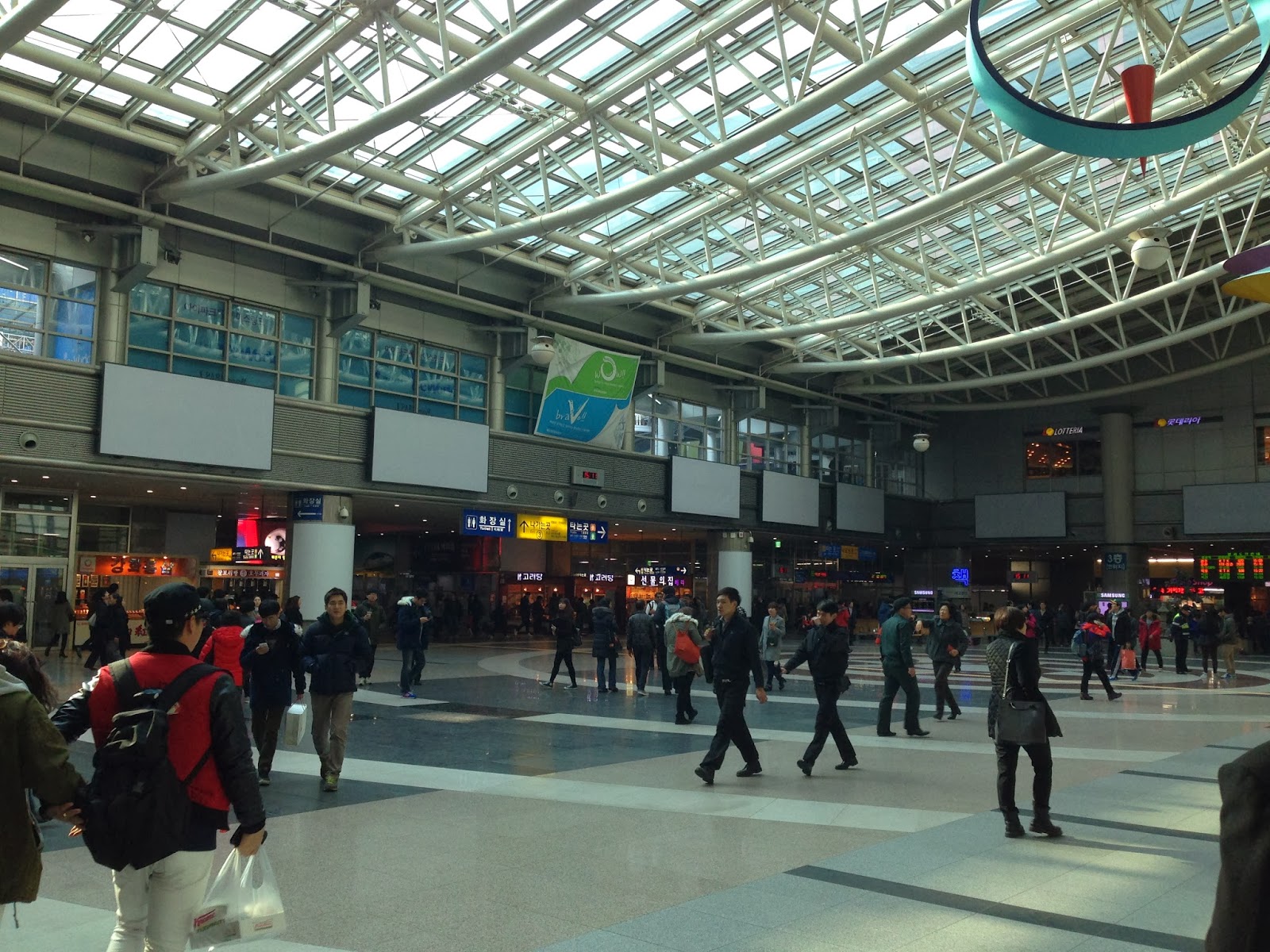 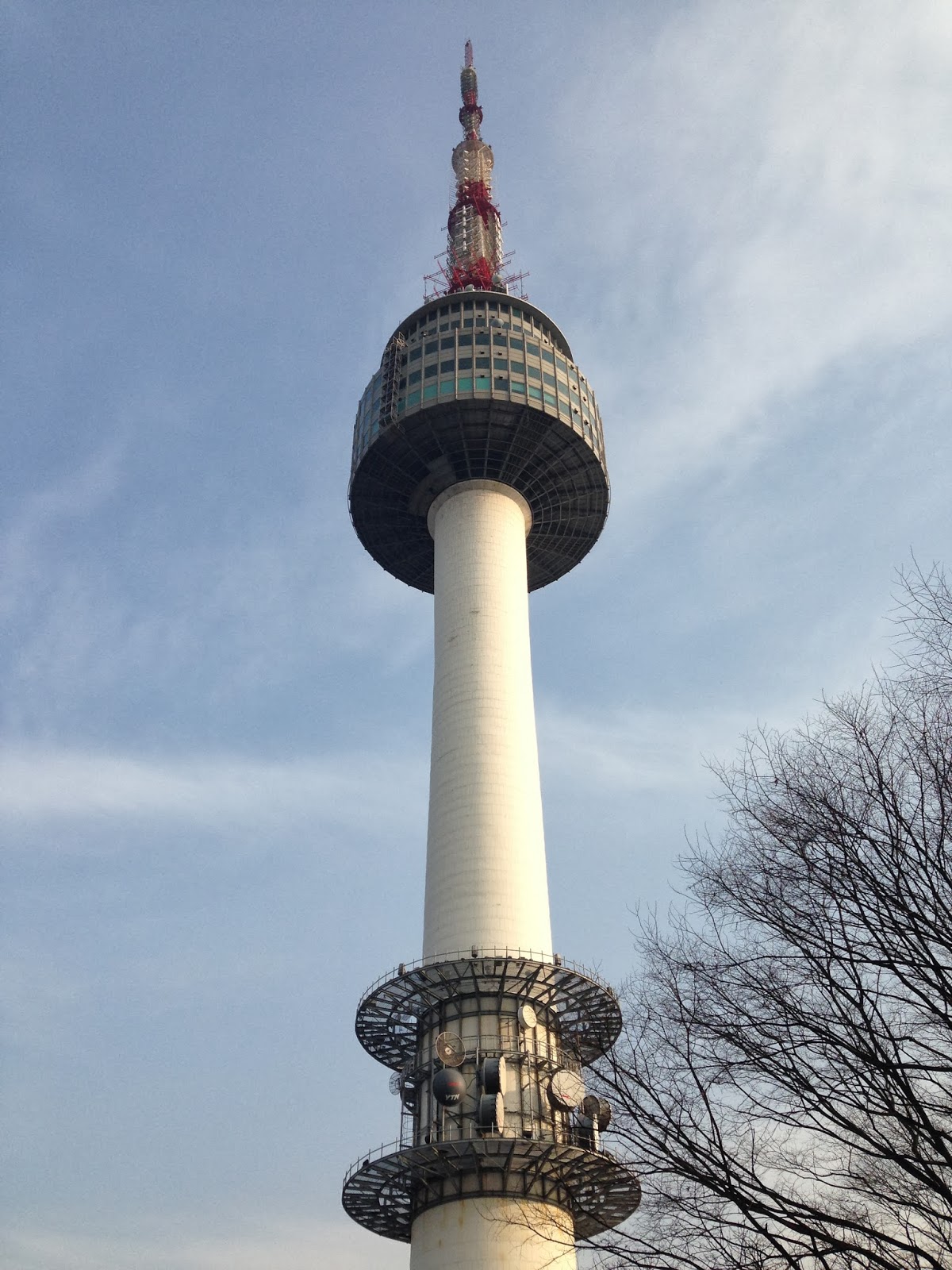 Seoul Tower is an impressive fixture on the skyline - getting up to the main part can be done via hike or by tram.  We chose tram for the way up and hike on the way down.  The tram line moved pretty quickly once we got there, and soon we were up top checking out the view of greater Seoul (and the many 'locks of love' left on the railing).  The taxi ride to get there was fun as well - it seems as though Seoul just keeps going on and on in every direction.  Plus our driver was not the safest guy either - I don't think he was happy to drive us up to the tram... 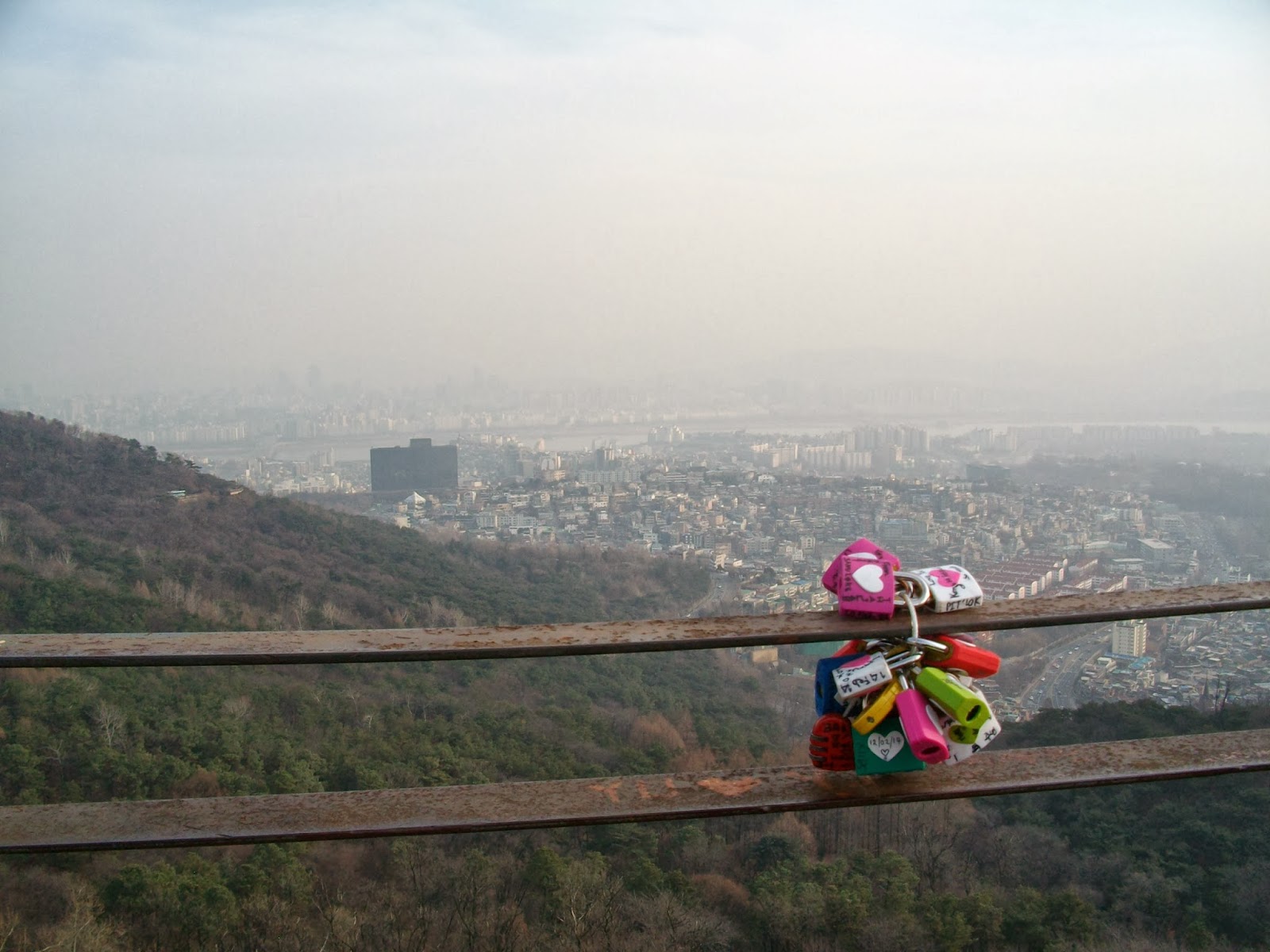 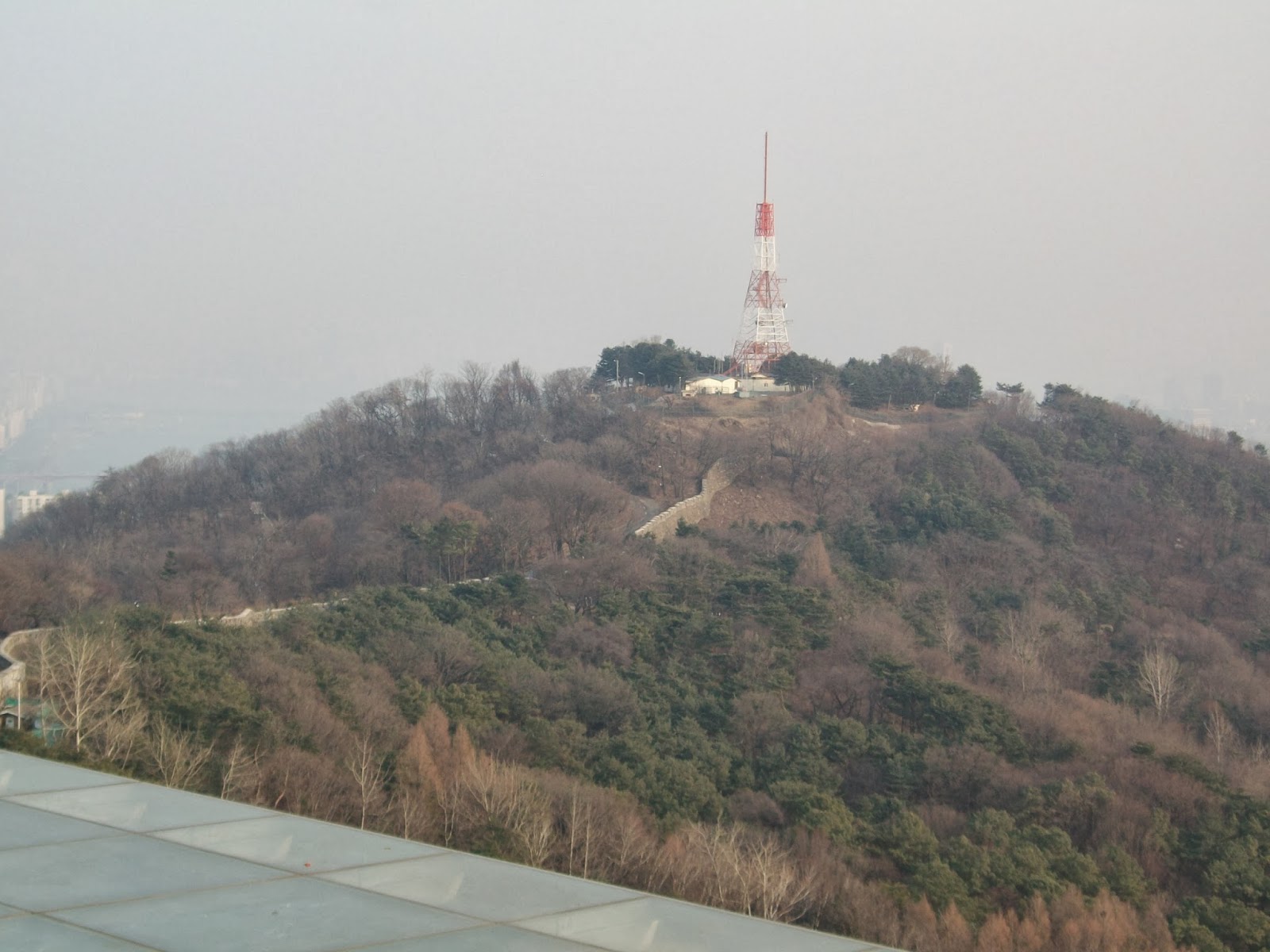 Sortino's Cucina in Itaewon was our dining choice to wrap the day.  Who can argue about Italian food?  We ordered several things off the menu and all of it tasted great. And for dessert - the world famous Ben's Cookies!