Would Bach roll over? 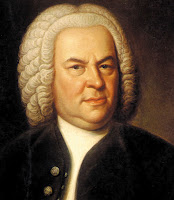 This has been the trending talk of EC so far in the last 24-48 hours - I've heard (or overheard) the fact that there's a huge group of people going to go see this thing called "Red Bull Flying Bach" tonight down at Katara Village.

Now, I feel as though I keep pretty up to speed on things, but I have to admit that I wasn't really sure what the heck Red Bull and Bach had in common.

I'll include a link below so you can see for yourself, but apparently this group (named Flying Steps, based out of Germany) breakdances to the Well-Tempered Clavier and/or variations on it, and everyone thinks its awesome.

(If I was to do a mini-rant, I might vent a little about how people tend to disregard the arts in general and don't want to fund things like orchestras and other fine arts activities, but then turn around and mix breakdancing with Bach and call it a mixture of 'high culture' and 'urban art'??? Maybe they're trying to bring more attention to Bach, but I doubt it...)